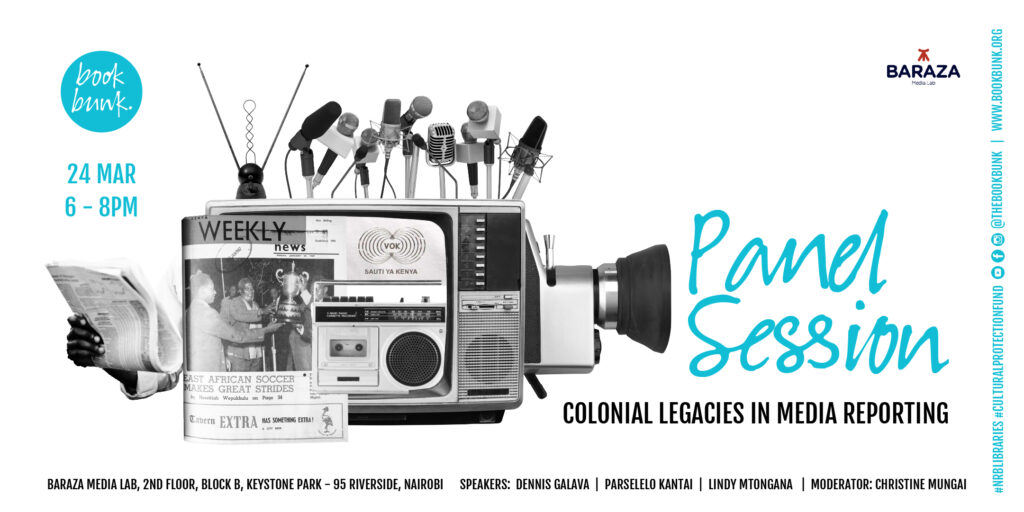 Upon attaining independence in the 1960s, many African countries – Kenya included – turned to the media as an institution that could consolidate their power as nascent nation-states, and effectively create, develop, and sometimes enforce, a new national identity. The result was a centralised media industry that was often in the service of authoritarian leaders, who limited the space for dissent. On the other hand, foreign coverage of Africa was frequently steeped in stereotypes of a dark and desperate continent. You might think that the wave of multiparty democracy in the 1990s changed all that, but you’d be wrong. The truism that “the past is never truly past” will be explored in this panel discussion, unearthing the hidden histories of past narratives in our present-day imagination, exploring what has changed – and what hasn’t – in our media reporting, and tracing the threads that remain alive today.

Christine Mungai is a writer, journalist, and was a 2018 Nieman Fellow at Harvard University. She has written on a wide range of subjects and her work has been published in The Africa Report, The Boston Globe, Al Jazeera English, The New Internationalist and Adi Magazine. Currently, Christine is the curator for Baraza Media Lab in Nairobi, a co-creation space for public interest storytelling. She continues to freelance for various publications.

Lindy Mtongana is an established South African broadcast journalist. She has worked in radio and television for over 15 years. Lindy has hosted prominent television shows on South Africa’s eNCA, and the international platform CGTN (China Global Television Network). Lindy also hosts a podcast on transnational organised crime. She regularly moderates panel discussions on a range of current affairs issues.

Parselelo Kantai  is a writer and journalist. For the past 20 years he has covered, first East Africa and then other regions on the continent, for a variety of media in a range of subject areas.

At Ecoforum magazine in the early 2000s, his reportage on environmental issues notably lifted the lid on conservation scams and the underlying racism that informs the sector (he was comically denied a prize for one story because, said the judges, his investigation into another “did no favours for conservation”).

His work on Maasai land issues shone a light on the unresolved history of Maasai evictions from the central Rift Valley and the Laikipia Plateau at the dawn of the colonial era.

He has covered East and West Africa for several newspapers and media houses, notably The Africa Report, the Financial Times, Africa Confidential and the New African, where he was editor.

His short fiction has been published in a range of anthologies.  He is currently working on a book about exiled liberation movements in Dar es Salaam in the 1960s.

Denis combines global expertise in journalism, research and strategic communications with hands-on experience of complex development and governance challenges in Africa. He has a fine grasp of political, economic and social issues relating to development in Kenya in particular, and Africa in general. Denis has worked with and led international research teams on the media, peace-building, security and development as well as elections. He has written and published peer-reviewed articles on politics, security and communications. Previously, he was managing editor of Kenya’s largest newspapers, The Nation and The Standard. He recently completed his PhD at the University of Edinburgh and is currently a strategic communications consultant with the World Bank, Nairobi.